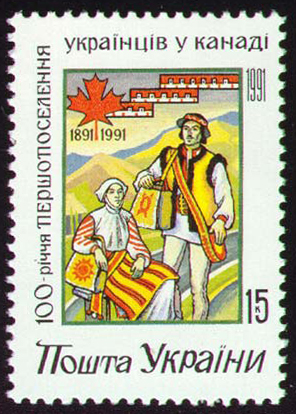 My mother’s grandparents, Sanxira and Stefan arrived in Andrew Alberta from Ukraine in 1898 as homesteaders via the Canadian Pacific Railroad. They brought their daughter Anna and her husband Wasyl (my mother’s parents). None of them spoke English, nor could they write either English or Ukrainian. Customs officials changed their Cyrillic alphabet names to  Tokaruk ( Sanxira and Stefan),  and Huchulak (Anna and Wasyl).

Mom never said much about her Canadian childhood.  After her death I learned that she was the first of her seven siblings to go to school because Central Alberta towns neither kept statistics on Ukrainian families, nor offered schooling to non-English speaking children. While her younger brother and sister followed her to school, and after college became teachers, they only found work in Ukrainian-settled towns.

My mother emigrated to Seattle and became an American citizen when she married my father, Hans Pederson, a Danish immigrant. At a family reunion 10 years after her death, I learned that Ukrainian children were often named after saints.

Christened as Domka Huchulak, Mom may have been named after the saints Eudochia, Eudokia, or else Teodora, a Byzantine empress. During her lifetime she also went by the following names: Dorris Huchulak, Anna Doris Hushlak, Domnica Hutsuliak, Doris Ann Pederson, and Doris Ann Holden.

It takes time to truly belong to another country.