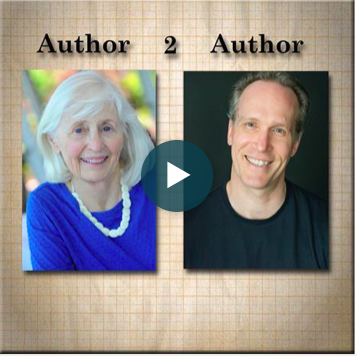 William Kenower, the face of the Pacific Northwest Writers’ Organization,  celebrates authors. An author himself, (Check out his new book FEARLESS WRITING, on williamkenower.com), William produces a monthly author video, a weekly radio author interview, and a daily blog while simultaneously handling multiple challenges at home. He manages to do all this while making his interview subject feel that we are absolutely the writing star of the day.

William interviewed me for his November 17 radio show when I was out in Seattle preparing to launch the second edition of my memoir, MYSTERIOUS BUILDER OF SEATTLE LANDMARKS: Searching for My Father. Actually, the book is launching officially with its  January press release, shown in the “press room”under my website’s “about” section. It is now available in print and ebook through Amazon, Kindle, Barnes & Noble, Baker & Taylor, Kobo and where books are sold. The press release has a Northwestern focus, My Danish father settled in Seattle—my mother’s Ukrainian parents in Alberta. My mystery memoir ranges all over the world since I only lived in Seattle until I was two.

At the end of the interview, William closed by asking me the question “Writing has taught me…?”

I responded that “Writing has taught me that people keep right on living after they are gone.” This is because I only learned to understand my parents, Domka Huchulak and Hans Pederson by writing about them after they had left this earth.