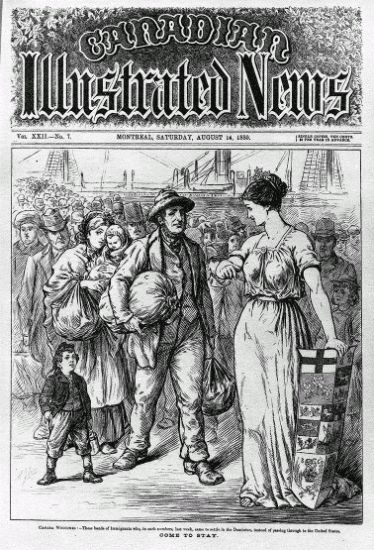 My great-grandfather. Stephan Tokaruk, served for twenty years as a horse attendant for a rich landlord in the Ukrainian  municipality of Rohizna. In 1898  his landlord offered Tokaruk, his wife Sanxira and their family  a passage  to North America. They crossed the Atlantic Ocean and boarded a transcontinental train to Alberta as part of a wave of immigrants lured by the opportunity of free land on the Western Canadian plains.

I’m glad they left when they did. I’m glad they brought their daughter and her husband Wasyl Huchulak who started our clan. Their generous landlord probably should have come too.

In their revolutionary drive to collective farming under Communism, the Russians in Eastern Ukraine exterminated the Kulak class of successful Ukrainian farmers. Russian soldiers emptied Kulak kitchens, burned their crops, and left them to starve. The Austrians in the  West continued to keep the Ukrainians, or Ruthenians as serfs. At the start of World War I, they rounded up those who had supported Russia and ordered them massacred by their forces at Talerhof.

Descendants of Ukrainians who survived these purges faced further disaster in World War II. Nazis killed or conscripted the Kulak descendants as Russian sympathizers. In reality they had been Russian slaves. Those who survived World War II were then faced with the Chernobyl nuclear disaster in 1986. Ukrainians continue to face hardship. Russia annexed Crimea in March of 2015.

Still, Ukrainians today do not face the genocide or uprooting that is  taking place in the Middle East.