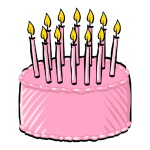 For his eightieth birthday, a friend gave my husband a T-shirt. The words emblazoned across the chest read, the older I get, the better I was.

No, no, no. Keep going. Reinvent yourself. Deal with the infirmities as they arise.

Remember Betty Friedan? She wrote The Feminine Mystique fifty years ago. (Dell has produced an anniversary edition.) “Shake off the shackles of your vacuum cleaners and get out of the house,” Friedan told women. Now that it has been fifty years, of course, some women would just as soon open the front door and head back in. Anyway, Friedan gave the movement a name. F-E-M-I-N-I-S-M.

Several years later, Friedan wrote The Fountain of Age. (Simon and Schuster, 2006). This book celebrates old age as an opportunity for new beginnings. New contributions to the world. Pleased when a group of Harvard physicians invited her to join them in a study of aging, Friedan found Alzheimer’s Disease to be the new beginning they most wanted to study.

Sons, daughters, grandchildren. Don’t write us off. I, for one,  like to write. i’m not the only one. I know of  a ninety-two-year old woman who has recently written a book called, Still Boy Crazy at Ninety.

I adore my grandchildren. Their creativity, their fresh outlooks, and their joy renew me as I watch them explore the world and grow. But like me, they’d just as soon savor each year before it passes forever. On his fifth birthday my grandson told me, “I don’t want to grow up, I want to grow down.”

How about those new possibilities?